QSM Promotions believes in pure Boxing which was promoted and played by the greatest boxer ever seen The King, The Legend, The True Entertainer, The Ruler of Public & Peoples hearts, and The Pure Boxer “THE GREAT MUHAMMAD ALI”, which was the true boxing that people loved and cherished, where heroes like him used to bring skills, resistance, and entertainment to the fight, where what’s brought to the fight, mentally and physically, is what determines who goes home a winner, and who just goes home.

It’s the mission of QSM Promotions to bring back the lost glory of Boxing World, this would be achieved under the guidance of Boxing Legends and with help of QSM World resources. QSM Promotions will be promoting fights all around the world with major fighters keeping its mission in the center and at the core of any event build/created by QSM Promotions. QSM Promotions will also be finding new talent, taking them under our wing to build the true boxers that we all want to see and build them into legends of tomorrow.

Will be Invested by QSM Promotion

Target PPV in Next 3 Years

One of the Greatest Boxer of all time Muhammad Ali The Great, became the greatest by the following principles, and Our philosophy is the same if you want to become great and lead the industry you have to live by principles, but unfortunately, in today’s age of Boxing is not determined or led by principles or ethics, it led by money, once Muhammad Ali said: “My principles are more important than the money or my title.” that was his key that got him success and everything in his life, his principles & ethics. 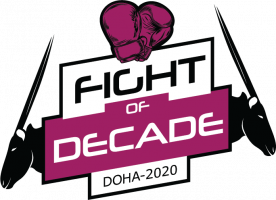 QSM Promotions Media team is available to answer requests for information, interviews and its Events.